So I wondered why there were so many posts from people I don't follow on Google+ and I found out that you barely see the "Hot on Google+" bar anymore which separates the posts from those you follow from those you might not follow but who are trending right now.

This is a great example depicting the importance of making a website accessible. The contrast between the background (#FFFFFF = white) and the foreground elements (#C4C4C4 = a light grey) is with 1.74:1 insufficient according to the W3C's Web Accessibility Guidelines 2.0 which require a minimum contrast of 4.5:1.

Don't get me wrong. I love the new layout but it needs more contrast. 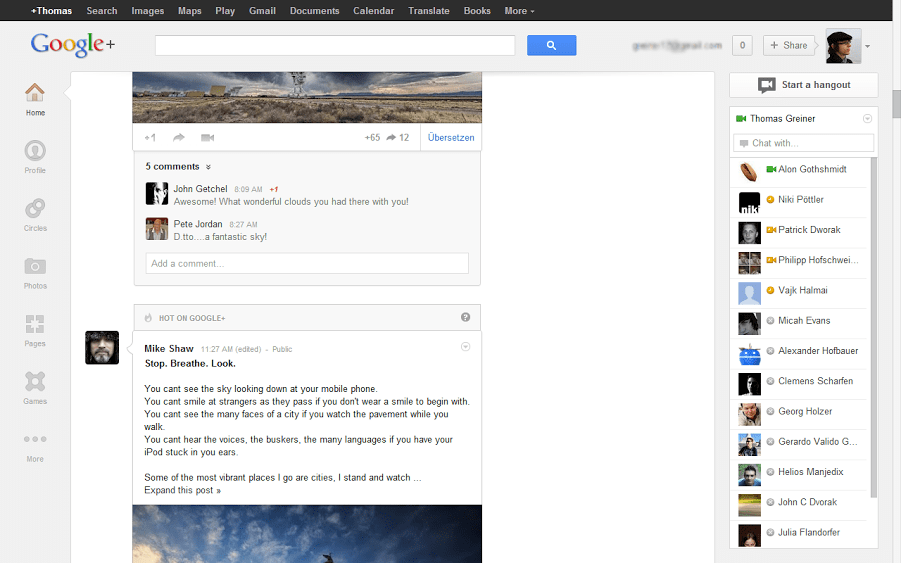